On the 4th and 5th of March 2020, the AGRICORE project had its 6M meeting. The meeting was planned to take place in Parma. However, due to the increasing spread of the coronavirus, and according to instructions by multiple Governments as well as the responsible health national authorities, the decision was made to hold it remotely via a teleconference. All partners participated actively presenting recent updates on work done during the first 6 months.

The AGRICORE 6M Project Meeting started at the 4th of March with a presentation of the Project Coordinator (IDENER). An introduction of the proposed initial modelling approach was done, using agent-based modelling techniques and integrating all the relevant information. Our partners from UNIPR gave an overview of all collected relevant data sources and how using the theory of ontology can be used in this context. IDENER discussed the planned AGRICORE participatory research, as well as the data source index tool. Additionally, an outline of the sampling techniques to be used for the synthetic population generation was presented. Ayesa put forwards the proposed timeline for the creation of the data warehouses to be created implemented in the project for the research data management. The first day of the meeting was concluded with the presentations of AXIA. These introduced the IPR management actions as well as the consortium’s open access policy. Special emphasis has been placed on communication and dissemination activities since the project provides two individual baths of exploitation: handling individual exploitation plans as well as policy assessment and decision making at a higher level of the AGRICORE suite.

On March 5, Ayesa opened the meeting by presenting the platform design plan and how the results will be visualized to its users. Following, the literature review on relevant areas for the project was discussed in detail by three of the partners (UNIPR, IAPAS and AKD) highlighting the work to be undertaken. IDENER, opened the discussion about the AGRICORE suite, its proposed architecture, its interface and how it can be connected with available biophysical models. In this regard, our colleague from IAPAS made a clear and detailed explanation of the potential models and platforms that could be used and linked to for including biophysical models in the project proposed platform. The AGRICORE suite will be validated by case-specific rural case studies, each one of them was presented by the responsible partner. IDENER and CAAND presented the Spanish use case (Andalucia – Environmental impact), AUTH followed with the Greek use case (Socio-economic impacts) and UTP along with IAPAS presented the Polish (Ecosystem services). The possibilities of additional use cases for Italy and Turkey were also mentioned with the respective partners, UNIPR and AKD. 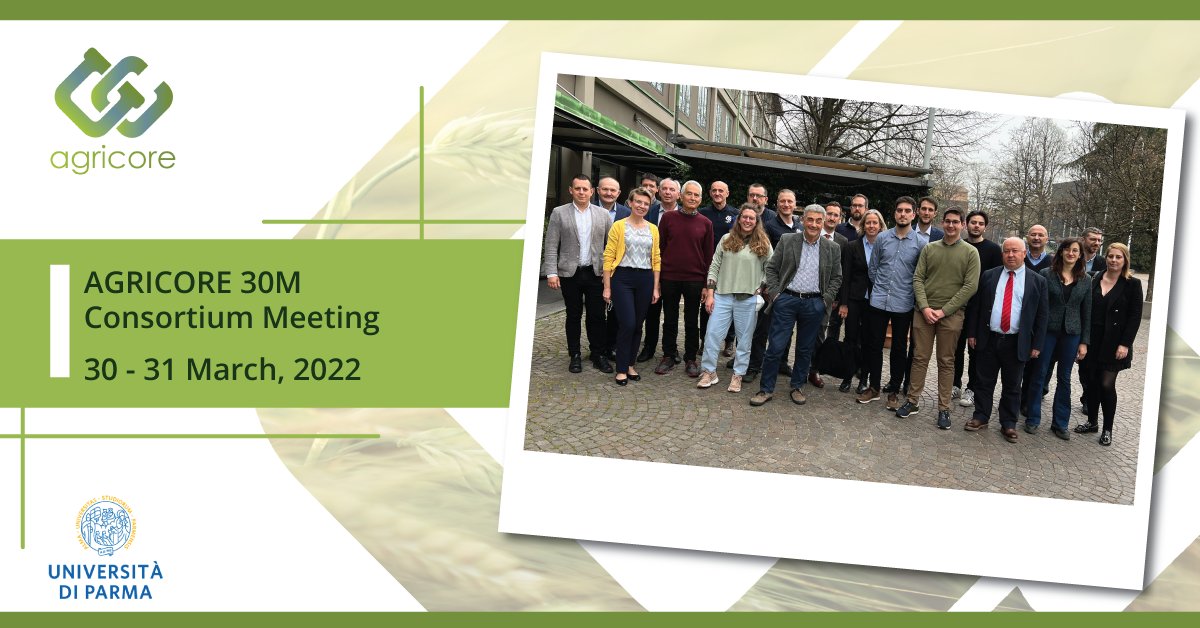 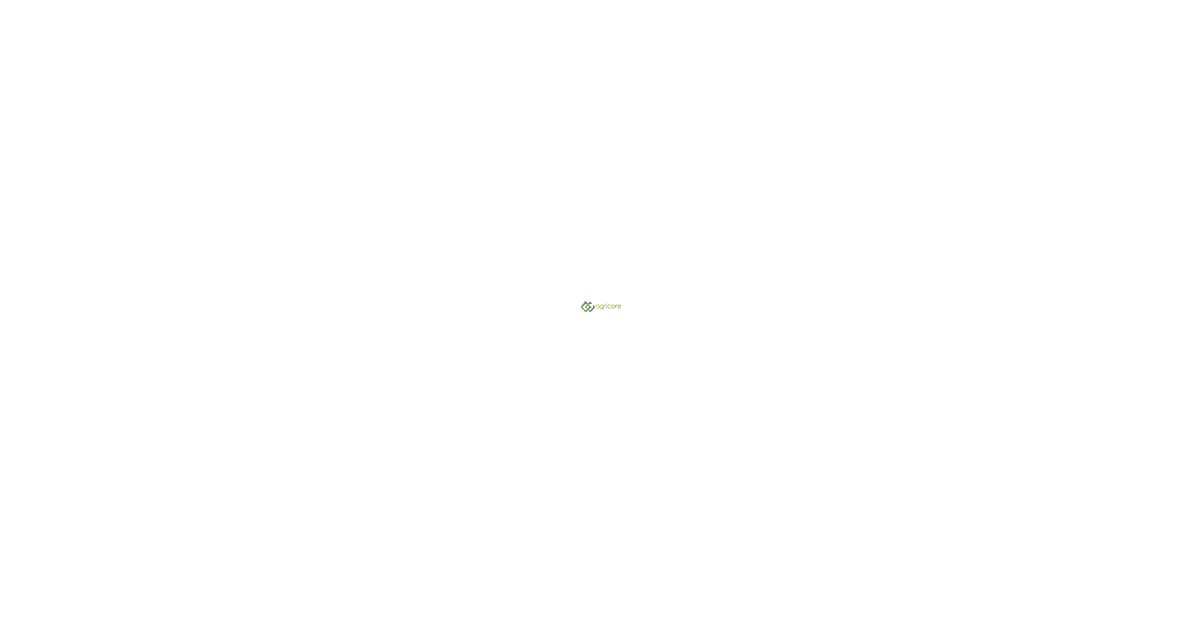 AGRICORE Project ·
@AgricoreP
🟢 On the 26/1/2022 prof.Bojar from UTP presented the principal assumptions of the @AgricoreP at the Interdisciplinary Seminar organized periodically at @Pol_Bydgoska.
👉 The seminar was organized as a hybrid, with almost 100 participants ❗️
🌐 Check it: https://t.co/1QQWY4UAUj https://t.co/95BH0Wm9TH
View on Twitter 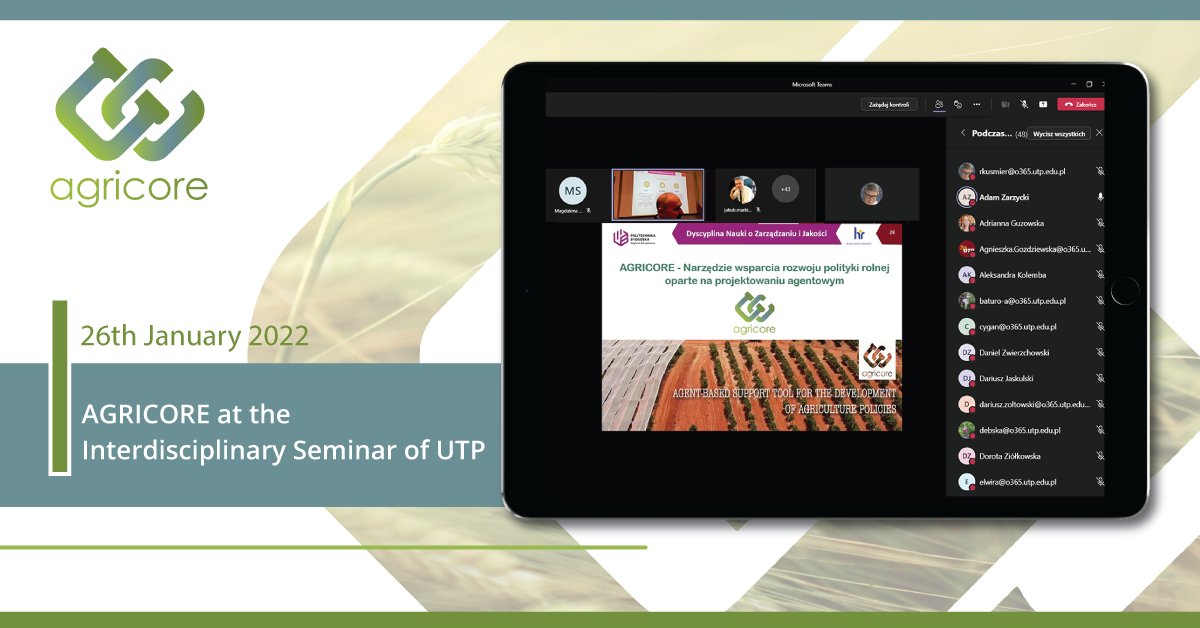 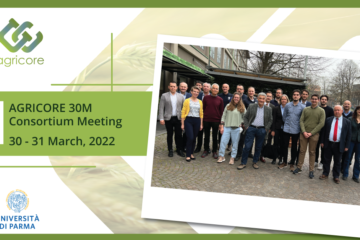 AGRICORE Project is having its 30M consortium meeting❗️ On the 30th and 31th of March the AGRICORE partners gathered physically in Parma in order to discuss the progress achieved within the last 6 months. Points of focus Read more… 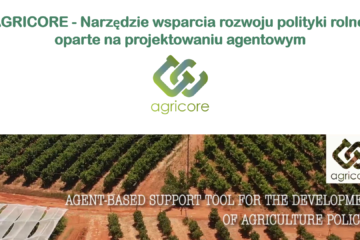 AGRICORE at the Interdisciplinary Seminar of UTP

On the 26th of January 2022, at the Interdisciplinary Seminar organized periodically at Bydgoszcz University of Science and Technology, prof. Waldemar Bojar presented the principal assumptions of the AGRICORE project. The seminar was organized as Read more… 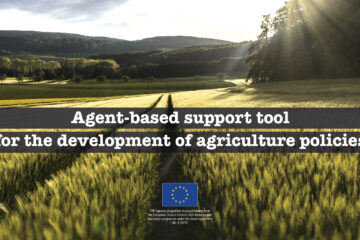 The AGRICORE project held its second general assembly meeting on the 12-13 of October 2021. The meeting was organized by our partners from the Aristotle University of Thessaloniki at the premises of the Mediterranean Palace Read more…